Improving the Quality of Ceylon Tea with ANANKE IoTea

Tea withering process is crucial for the quality and flavor of the black tea. Effective Solutions developed a customized IoT solution via their ANANKE IoT Platform to increase the withering process efficiency by 25%.

Improving the Quality of Ceylon Tea with ANANKE IoTea 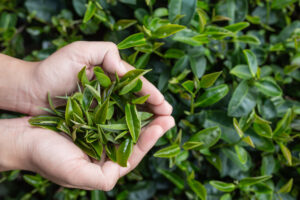 Tea withering process is crucial for the quality and flavor of the black tea. Effective Solutions developed a customized IoT solution via their ANANKE IoT Platform to increase the withering process efficiency by 25%.

Tea is a non-alcoholic aromatic beverage which is manufactured using young shoots of tea plants and is normally accepted as the most frequently consumed beverage in the world, next to water. It is also one of the lowest cost beverages and is consumed by a large number of people around the world.

Tea production is one of the main sources of foreign exchange for Sri Lanka. In 1824, a tea plant was brought to Ceylon by the British from China and was planted in the Royal Botanical Gardens in Peradeniya for non-commercial purposes. In 1867, James Taylor marked the birth of the tea industry in Ceylon by starting a tea plantation in the Loolkandura estate in Kandy. Later, the industry expanded over the major tea growing areas like Kandy and Nuwara Eliya in Central Province, Badulla, Bandarawela and Haputale in Uva Province, Galle, Matara and Mulkirigala in Southern Province, and Ratnapura and Kegalle in Sabaragamuwa Province.

Role of Tea Industry to the Contribution of Sri Lankan Economy

Ceylon Tea can be ranked as the second-highest export product of year 2019. Sri Lanka exported over 300 million kg of tea to the global market which has helped in earning a revenue of USD 1.24 Billion. Turkey, Iraq, Russia and Iran are the major importers of Ceylon Tea. Additionally, a significant growth in demand for Ceylon Tea can be seen in countries like the USA, Germany, India and Saudi Arabia during the year 2019 compared to 2018. Even though it is the second-highest export product in Sri Lanka, a significant downturn in tea exports can be seen since the year 2014.

Hence increasing the performance of the tea industry in the global market should be taken into consideration. This issue can be addressed by looking into various factors like increasing the quality of tea, reducing the cost of production etc.

Increasing the demand for Ceylon tea can be done by increasing the quality of tea, reducing the cost of production and saving energy. If the cost of production is high, the price of Ceylon tea in the global market will be higher. Therefore, semi automating the withering process could increase the quality of tea, save energy, reduce labor and production cost. This would increase the demand for Ceylon tea at good prices in the global market.

Tea manufacturing in Sri Lanka is normally carried out in three ways, CTC (Crush, Tear and Curl), Orthodox and Green Tea. Tea withering is a common step which has to be followed in all three manufacturing techniques.

Importance of Withering Process for the Tea Leaves

Withering is one of the major processing steps that affects the quality of tea. There are two types of tea withering methods: physical and chemical withering. Physical withering (trough withering) of tea is mainly focused in this case study. The evaporation of moisture in the green leaf is brought about by blowing or moving air over the leaf in the withering trough for a period of 8h-14h. During physical withering, tea shoots loose moisture content that drops from approximately 70-80% to 60-70% (wet basis). Withering of leaves should be at desired level i.e. 70% withered. Withering increases enzymatic activities as well as the concentration of caffeine. Improper withering can cause adverse effects on subsequent manufacturing operations, such as maceration, rolling, fermentation, drying, and tea storage. Thus, to ensure consumption of high quality tea, the withering step must be monitored carefully.

Our main objective is to increase the quality of tea and reduce the cost of production by monitoring the moisture content of tea leaves which is a crucial factor in the tea withering process.

What Distinguishes Our ANANKE IoTea from Other Products?

Even though Sri Lanka is one of the oldest countries who were engaged in the tea exporting industry, it still uses its conventional methods for the tea production process. Therefore it is much needed to add new technology to the system so that it would enhance the quality of tea and increase the speed of the production process. We, ANANKE IoTea have taken the first step of automating the tea production process by introducing the tea withering monitoring system using IoT technology. Our product has won the SLIoT Challenge (National IoT Competition by SLT) in 2020.

How Does ANANKE IoTea Work?

ANANKE IoTea is a web monitoring system where it monitors the moisture content of tea leaves which affects the withering process. Five sensors are placed equally distanced to one another in each trough and the sensors continuously monitor the temperature and humidity of tea leaves. These outputs are used to measure the bulb difference (which is a way of measuring the moisture content of the tea leaves) and the graphs of the bulb difference of each sensor will be displayed on the screen. The display screen is connected to a minicomputer where it gathers information from sensors via the internet. If the bulb difference of any of the sensors exceeds or falls behind the desirable limits, the screen gives a red alert on the corresponding graph so that necessary actions can be taken immediately.

We have been working with a leading tea factory in down-south and our product has shown great results by increasing the withering process efficiency by 25%.