Software applications and services play a vital role in human lives. Each application is developed to lessen the hardship of doing something manually. Sometimes software fails to produce the desired outcome even when it is being operated by the end user. 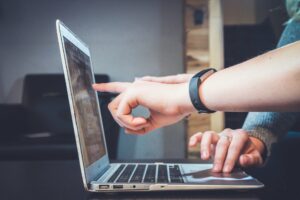 Software applications and services play a vital role in human lives. Each application is developed to lessen the hardship of doing something manually. Sometimes software fails to produce the desired outcome even when it is being operated by the end user.

Software applications and services play a vital role in human lives. Each application is developed to lessen the hardship of doing something manually. Sometimes software fails to produce the desired outcome even when it is being operated by the end user. These failures compromise valuable resources. As a result, the software quality assurance has been mandated to provide quality software solutions and it has been included as a separate phase in every software development methodology.

No-code Testing as an Alternative

No-code testing or the codeless testing is a groundbreaking software testing methodology which is built upon both automated and manual testing concepts.  As the name entails, no coding expertise or the prior software testing knowledge is required in no-code testing. Codeless testing is done by recording a manual test case and rewinding it. It’s capable of creating its own test flow diagrams for every testing instance.

Apart from that, it makes the software testing lightweight. The time spent on writing test cases can be utilized to produce better software solutions as the test re-usability is assured. Unlike the automated testing, the graphical user interface and the drag and drop features give a better user experience to the tester. Further, the cross-platform execution and cross-browser testing emphasizes the broadened usability of codeless testing.

Desktop, mobile applications and websites can be tested using codeless testing. It guarantees easy test case writing. The application will be kept under 24/7 surveillance and performance will be tracked all the time. So, it’s worthwhile to use no-code testing rather than hiring a junior QA Engineer specifically allocated for the app.

Advanced Features of the Codeless Testing

Codeless testing is 6 times faster than Selenium automated testing. Which means, Selenium takes 6 hours to run a test case which can be done in one hour using No-code testing. Software testing has never been this much effective before. Sticking to that point, it can be contemplated that codeless testing will be the future of software testing.

Testing for Everyone with No-code Testing

Normally the testing is confined to QA Engineers but the ones who are truly aware of the product are the Business Analysts and the Product Owners. Nonetheless, they do not directly involve in testing due to many reasons including skill constraints. Therefore, the important testing requirements can be missed unknowingly.

However, the codeless testing allows Business Analysts, Product Owners, or any other responsible party to test the application on their own. It enhances company integrity while producing top notch software and the gained human capital can be transferred into value adding interventions.

Software development is rapidly evolving. Most of the teams will be working virtually as the globe is proceeding towards a gig economy by 2030. As a result, teams will be more focused on value adding tasks like feature development. Then the requirement of a lightweight software testing comes into play as the testing must be done quickly and easily.

Additionally, a generic testing methodology will always be welcomed as the web/mobile/desktop application triplet is ever changing. In hindsight, codeless testing satisfies these requirements in a greater level by providing reliable and efficient testing. Moreover, the usage of cloud-based applications will be increased as the people believe in multiple device access, so that codeless testing will be employed even more in the future.

Almost all the modern-day software development is done according to Agile as it delivers product increments oftentimes. This iterative and incremental method doesn’t confirm the software release until it undergoes a thorough testing phase. Hence, testing may pile up the work in progress reducing productivity. At the same time, development teams try to shorten the sprint duration.

Consequently, the codeless testing will be the ideal testing methodology for agile software development because it speeds up testing with the involvement of less teammates. Since the codeless testing doesn’t insist domain specific knowledge, the agile development teams do not have to bother about skill constraints related to the software testing. It’s convincing that agile and no-code testing will go hand in hand in future.

Manual testing makes the testers tired of doing the same thing over again impacting less motivation to pursue the job. On the other hand, simple but strong UX features like drag and drop, area selection and easy test case rewinding are impressive to do. Hence testing will no more be a dull and straining work as codeless testing is enriched with above mentioned UX features.

In automated testing, testers must wait for a long time till the iteration finishes. Sometimes this process can be interrupted by summing up more work but the codeless testing gives quick results and the possible interruptions will be handled automatically. Hence the codeless testing will be the most accountable testing method in future.

The growth of AI will strengthen codeless testing and will expand the features of it. Figuratively, it will fast track the work rather than obsoleting the job role of a software tester. The updated versions of codeless testing will be more independent and reliable.